Istanbul?! Oh, Lord, to catch the uniqueness of this city into words, I find it absolutely impossible!

It is rather a city I would feel: I would embrace and squeeze Istanbul so strongly that it melted into a river flowing in my veins. Thus I could always carry it with me and never miss it again. In the morning, I would step quietly and gently on the sunny narrow cobblestone streets with my eyes closed. In Istanbul’s sun, even when your eyes are widely closed, you see yellow-reddish playful lights. I would touch the hard irregularly-shaped ground with my bare feet and my palms, like a lunatic who never before had seen pavement. At lunch, I would touch Istanbullus’ faces: maybe melancholic, maybe smiling, maybe proud, or maybe flirting with a long-legged blonde tourist. I would touch their chubby cheeks when they chew a kebab, I would smile if I felt a black hedgehoged–mustache. In the evening I would feel the soft warm Turkish carpets, petting the dim light of the street lamps and the harsh stones of the crumbling walls. I would have baklava for dinner. And not just one piece. Then lick the sticky sweetness off my fingers: one by one. Late in the night, I would feel Bosporus, touching the curly waves in a windy night. I would go to sleep at the very first praying call, curling up in a corner of a leaning warm house.

It is rather an infinite city I would describe into pictures: grandiose mosques, trees and bushes covering blackened houses, abandoned collapsing houses, hundreds of colorful scarfs on a line blew in the wind on Bosporus bank, huge amount of merchandise resting chaotically in the middle of the streets. 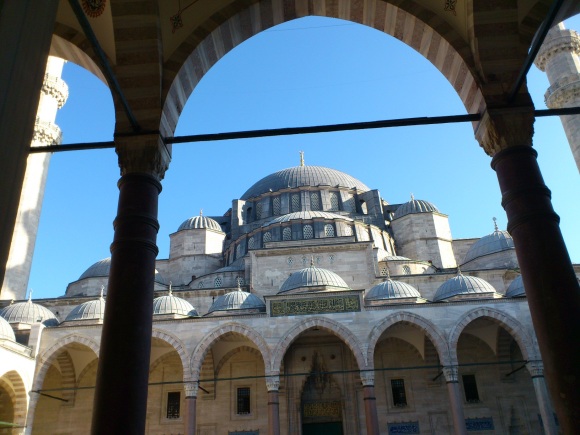 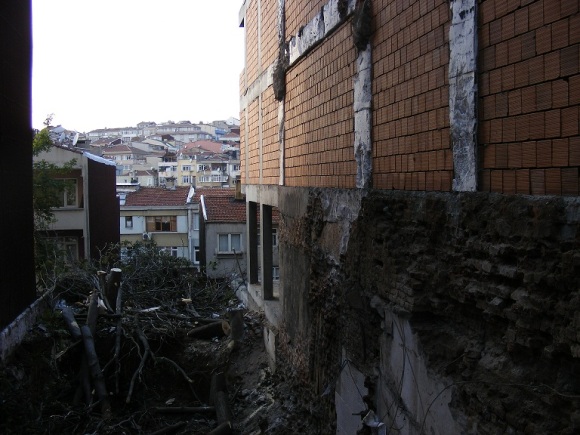 It is a city I could better catch into my nostrils than into words. To me, it smells like vitality, like mysterious lively energy. There must be some sort of chemistry how a perfume transforms under the piety of a headscarf. There must be some sort of sorcery that makes you hungry every time your nostrils feel the mix of fish and smoke on the Galata Bridge. Plus, they must be putting happiness in your cup of coffee, as one coffee pot keeps you walking for hours, thinking about the smell of wood, of wetness, of women, of men, of love.

It is rather a city I would listen. I would ask my heart to stop beating for a while, my thoughts to stop running. So, I would get the perfect silence to hear the humble music of Istanbul, speaking the language of melancholy; to hear the Sufi rhythms that rarely make sense to me, to melt into the grandeur of the call of mosques that gives me goosebumbs, to listen the merchandisers proudly inviting customers in, to hear what is the sound of a woman removing a silky headscarf and combing her chestnut hair before whispering love words to her man in a room of a filthy hostel.

I cannot yet catch Istanbul into words. But I would feel it, smell it, see it, and listen to it if I had the chance at least once more in this lifetime.